Mario. Everybody knows about Mario. He’s world famous for jumping, running, and being surprisingly athletic in general. He’s the “jack of all trades” in Super Smash Bros. Melee, performing slightly above average in almost any given situation.
Of course, that sounds like he’s not a very strong character. Ohoho, that’s where SD Remix comes in and changes that perception. 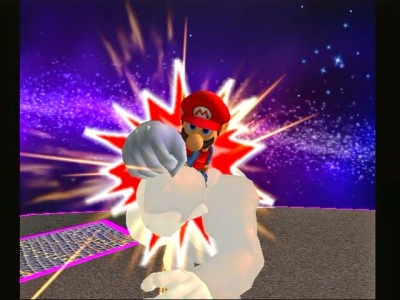 At first glance, Mario appears completely unchanged. Until you run, jump, and maneuver about the stage that is! Mario’s increased aerial mobility and run speed allows him to quickly close gaps and even play neutral with the most ferocious of characters! It even helps his recovery, which is already slightly boosted by Mario Tornado’s increased vertical lift! In tandem with wavedashing, Mario’s mobility is truly a force of reckoning!

Why not take a look for yourself? Trust me, you won’t be disappointed with how Mario’s new diet has helped him feel better than ever.
Hmm, am I doing this click-baiting thing properly? Technology moves too fast!

Mario’s moves received very subtle modifications, but they’re worth mentioning if only so you can get a little more creative with them!

This is Mario’s Forward Smash sweet spot. It’s the same.
But you know what isn’t the same? The weak hits of Forward Smash! They do more damage and have more knockback, so even if your aim isn’t perfect, you’ll be able to land KOs or at least set up for a nasty edgeguard!
Speaking of edgeguarding, let’s talk about Mario’s air moves! After all, what else are you going to use to keep foes away? 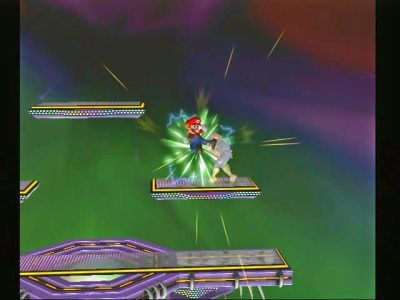 Neutral Air grows quite strong at later percentages. Rely on it to end your foes’ suffering!

Forward Air’s start-up has drastically decreased. Do something bold with it!
Just be aware that it is still a Meteor Smash, but it’s quite safe to throw out now.

You use Up Air to juggle foes…but you always did that!
But wait! There’s more! 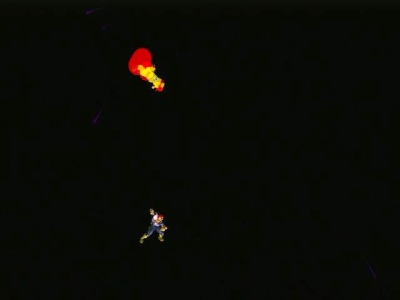 The end of the kick is now active and sends foes at a combo-friendly trajectory. 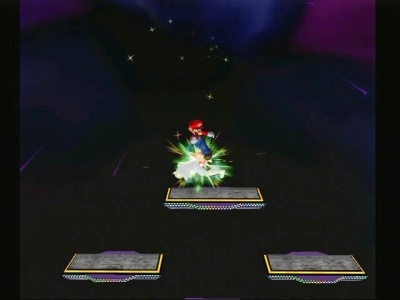 Down Air’s cool-down is drastically decreased, so try throwing it around every now and then.
It pops foes higher up than before, meaning it connects a little worse, but you can follow-up with an aerial on bad DI a little easier. The landing hitbox on the move also lingers a little longer to keep Mario safe when he uses it on shields. Just don’t overdo it, okay? Not every opponent will be a Goomba!