Ah Luigi, the second fiddle to the world-renown Mario. Years in his brother’s shadow have made Luigi formidably…unpredictable. 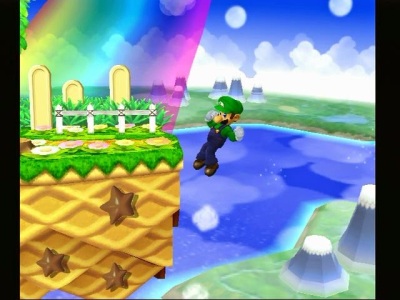 For the SD Remix Luigi player though, unpredictability has become versatility. Perhaps a cunning mind can usher another Year of Luigi? Who knows.

Anyhow, let’s get down to business. A video will suffice too.

Luigi players will immediately notice that Luigi’s aerial mobility is much improved. In fact, it has gone from one of the worst in Super Smash Bros Melee to one of the best. Players may also like that Luigi’s initial dash duration has increased, allowing for more diverse ground approaches by combining his longer dashdance in tandem with his impressive wavedash.

Let’s quickly go over some of the various moveset improvements:

The earlier cancel window on Forward Aerial will prove useful with some creativity. 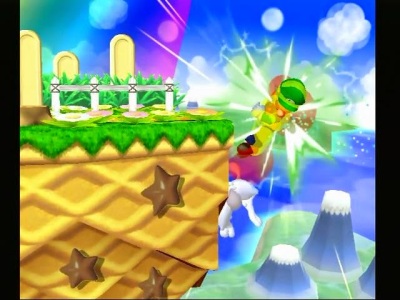 Down Aerial may surprise some Luigi players. The priority of the meteor hitbox and the ‘normal’ hitbox have been flipped.

What does that mean exactly?

It means you need to space better to get the horizontal-sending hitbox! If you hit the opponent where the two hitboxes overlap, the Meteor Smash will now occur over the horizontal launch. But it also means it is more feasible to get the “secret” Meteor Smash to extend combos and edge guard foes.

Aerial Fireball now has no landing animation! Think of it like Fox’s and Falco’s short hop lasers. Use the fireball as cover as you approach, or force a guaranteed grab on opponent’s shields. Just have fun and think of something!

Luigi’s Green Missile Side Special hasn’t really changed at all. The probability of receiving a misfire has increased by a bit though…for better or for worse. Do be careful, okay?

Doesn’t it look a little, I don’t know, bigger?
The Super Jump Punch is Luigi’s trump card. The sweetspot hitbox is bigger, but the real change is that his aerial Super Jump Punch is stronger now, and it has the Homerun sound effect! If that’s not exciting, then maybe you should lighten up a little, yeah? 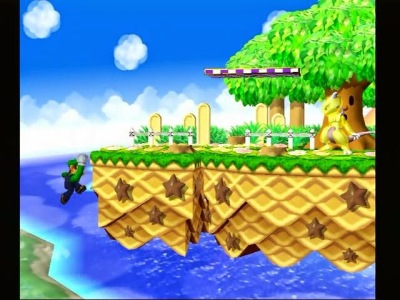 It also sends Luigi a little more horizontally now. Not that you can tell from here!
<Down Special Move: Luigi Cyclone>

Finally, Luigi Cyclone is always “charged” in the air. It works exactly like Mario’s Mario Tornado now. If you’re in the air and need a vertical boost, just mash B to lift yourself up. No need to use the move on the ground first before being allowed to get vertical lift.

Secondly, the grounded version’s finale has moved one of the moves hitbox’s to Luigi’s head. This will allow players to combo into the final hit more consistently to reduce the move’s risk. Plus, you might be able to land some silly combo afterwards. Truly an offer you can’t refuse.